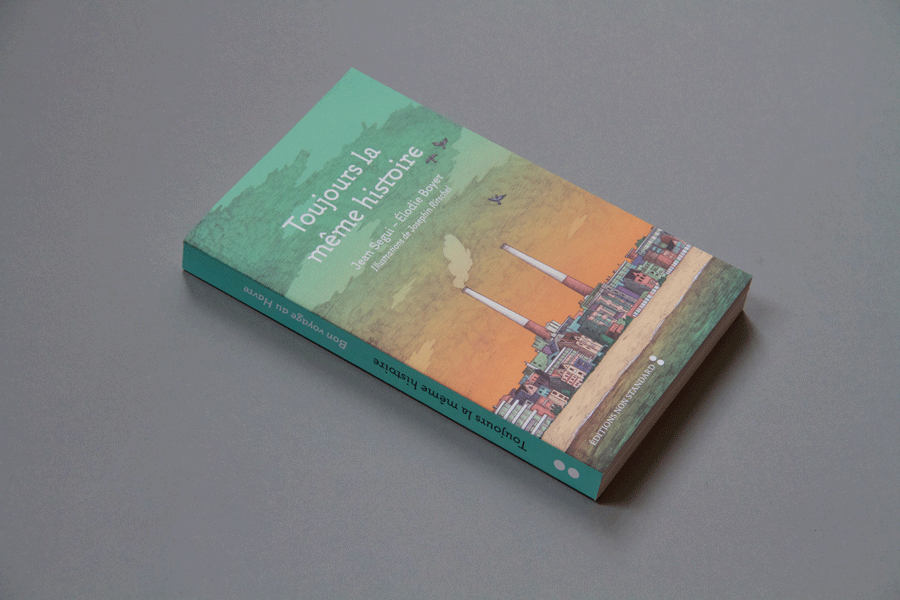 Always the same story tells the same story in three ways: in short, medium-length and long versions, because we love creating reading experiences. Reading is indeed a journey, not a destination: the end doesn’t matter in the end. This book is in French but the short version of the story has been translated into English in the book. 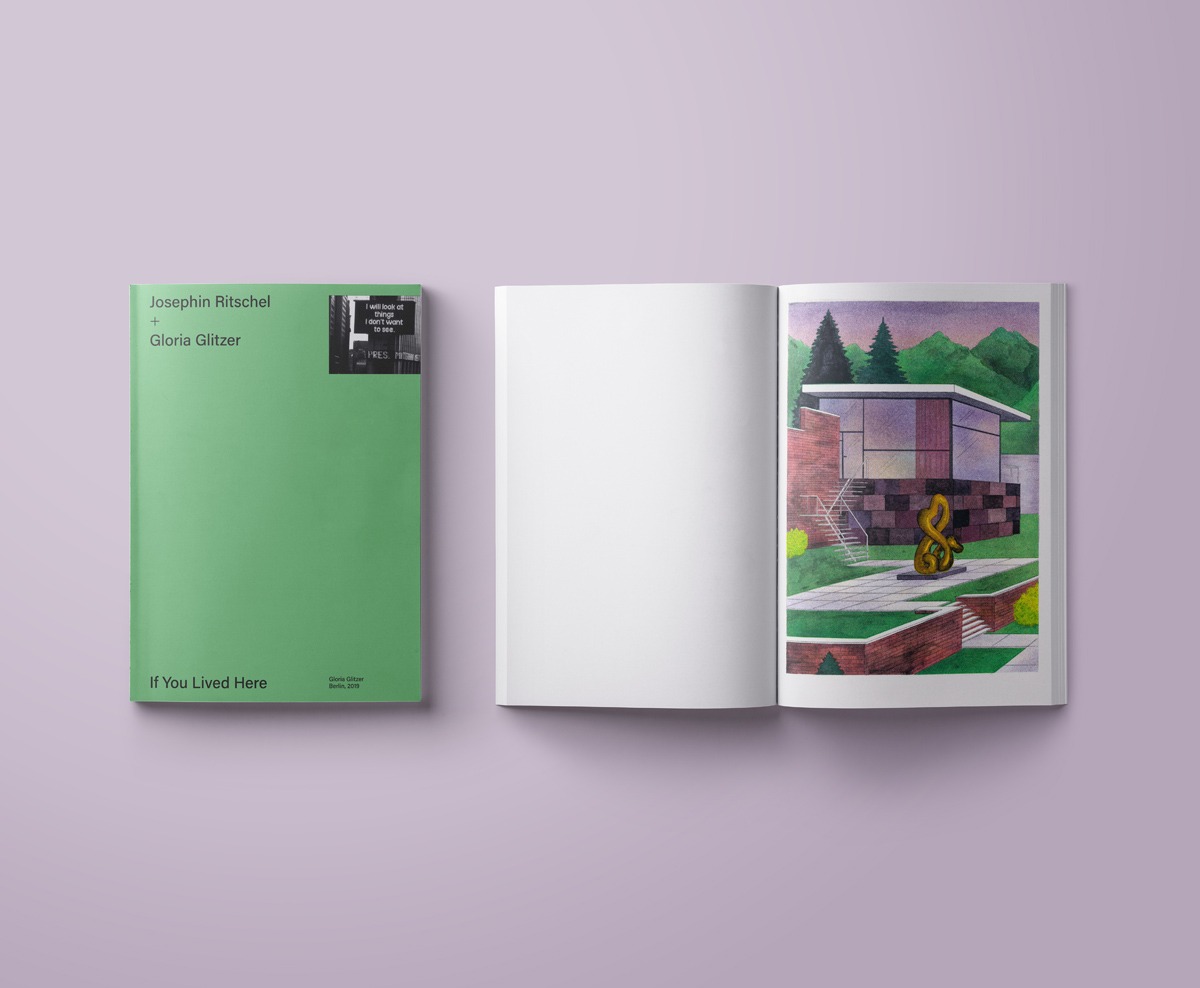 A risograph book made by Gloria Glitzer and me.

If You Lived Here
Form Follows Fiction — about the question
whether a better life is awaiting us somewhere.
Sun, air and house for all!
Utopia a figment of your mind?
— Gloria Glitzer

The beauty of space, transparency as well as modern design and architecture classics in the graphics by Josephin Ritschel are the privilege of a few. This environment stands in obvious contrast to the housing and living realities of many people who are affected by housing hortages, gentrification, rising rents and homelessness.

This publication If You Lived Here makes reference to the exhibition project of the
same name by Martha Rosler at the Dia Art Foundation in New York (1989). Based on the slogans of current real estate billboards at that time. Rosler‘s dialogic and participative show addressed urban and sociopolitical questions about housing as a public act of community and the distribution of space as a fundamental question of power.
The design is derived from the exhibition and book series Wohnungsfrage (2015) by the
Haus der Kulturen der Welt (HKW) in Berlin and the publishing house Spector Books. With If You Lived Here, Gloria Glitzer refers to the topicality and necessity of continuing to deal with the issue of accessible living space. The scaffolding becomes the offer and reality check of a spatial vision to be renegotiated.
— Juliane Schickedanz

Buy at Gloria Glitzer with the button below!